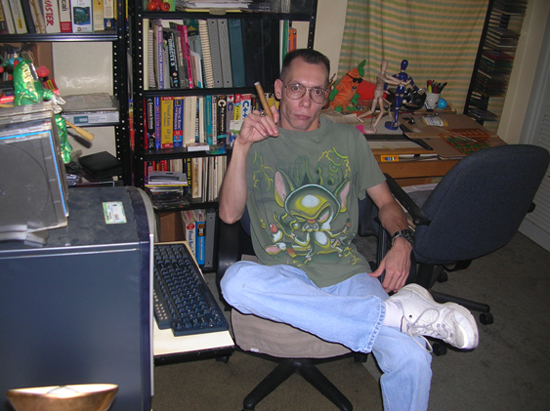 Hello, I am the Mimebasher

World renoun for my creative spelling and dislike for all things Mimeish. I was born back in the late 60's during the great clown uprising and raised to think outside the box but always remember what the box holds. After being kiddnapped from the weeble villiage I was able to escape the rogue band of weebles and make my way back to the real world and take some college courses.

I managed to get an associates degree in Computer programming and just in time for the dot com crash. I continued to travel the planet looking for my calling and playing with design programs such as photoshop, Illustrator, after effects and 3d studio max.

The last job I had was working at a company making epubs and using my photoshop skills to scan books and clean them up to make them into digital books. I also would build epubs and fix those others have built so that they would run on the iphone and other epub readers like the sony reader and the kindle. I tend to create sites for people on what they want and how they want them rather then what is right or wrong.

My current job I am the webmaster of 6 websites and maintain and update them while also maintaining email blasts, the database system, all the computers, conventions and answering the phone. I also work with creating the graphics for the newsletters all the new forms and whatever else is required.

I also work with animation both 2d and 3d. I also have been working on a video game idea that I have had and will post more about that soon. Well enough for now but more to come along with pictures and news on my upcoming projects.